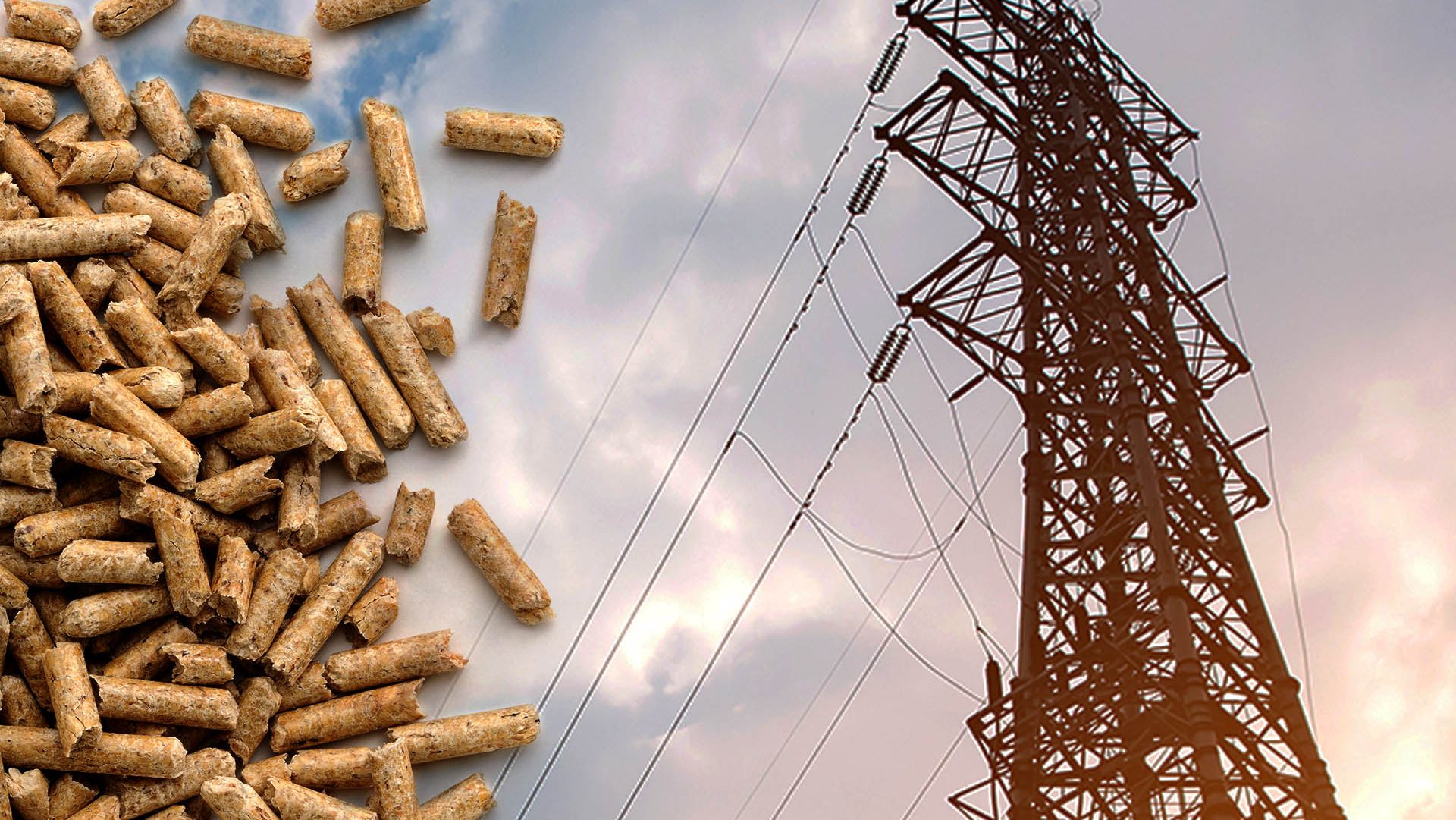 Note: Full paper submission is under consideration of the reviewer committee of the journal.

1. Papers must be submitted in their final form, bearing in mind that no further correction/addition is possible.
2. Manuscripts must be written in English. Authors whose native language is not English are recommended to seek the advice of a colleague who has English as his mother-tongue before submitting their manuscript.
3. Authors should use SI units.
4. Manuscripts should be prepared using Arial Font 10 pt. with numbered lines, in the left-hand margin and double spacing throughout, i.e. also for abstracts, footnotes and references. Every page of the manuscript, including the title page, references, tables, etc. should be numbered. Make the width at 2.54 cm for all margins. Place tables and figures with captions after the text, and number all pages of the manuscript consecutively. Each figure and table need be referred to in the text, underline words that should be in italics, and do not underline any other words. Avoid excessive use of italics to emphasize part of the text.
Manuscripts should generally be organized in the following order:
a. Title (should be clear, descriptive and not too long)
b. Name(s) of the author(s) and their affiliations and fax and e-mail numbers. Fax and e-mail numbers should be placed as footnotes. In the case of more than one author please indicate to whom the correspondence should be addressed.
c. Abstract
d. Keywords (normally 4-6 keywords not used in the title may be listed beneath the abstract to assist searching techniques)
e. Introduction
f. Materials and Methods
g. Results and Discussion
h. Conclusions
i. Acknowledgments
j. References
k. Tables
l. Figures and Figure captions
5. Main headings (Introduction, Materials and Methods, Results and Discussion, Conclusions, Acknowledgments, References) are set in bold roman (not italic) type. Minor headings are set in light italic type.
6. Check that all references mentioned in the text are in the References.
7. List references in the text in chronological order, separated by semi-colons. List references in the References list in alphabetical order. In the text, use a comma between the author´s name and the date.
8. Check that stippling and/or symbols in figures are legible at the size likely to be used in the published article.
9. Tables should be self-explanatory. Use headings, headnotes and footnotes.
10. Place tables and figures at the end of the manuscript, each on a separate page.
11. Indicate approximate positions of figures and tables on the manuscript.
12. Check that figures and tables are numbered in the order in which they are discussed in the text.
13. The length of the manuscript should be between 4-6 pages.

The abstract should be clear, descriptive and not longer than 500 words.

1. Author should take notice of the limitations set by the size and lay-out of the Journal. Large tables should be avoided. Reversing columns and rows will often reduce the dimensions of a table.
2. If many data are to be presented, an attempt should be made to divide them over two or more tables.
3. Drawn tables, from which prints need to be made, should not be folded.
4. Tables should be numbered according to their sequence in the text. The text should include references to all tables.
5. Each table should have a brief and self-explanatory title.
6. Column headings should be brief, but sufficiently explanatory. Standard abbreviations of units of measurement should be added between parentheses.
7. Vertical lines should not be used to separate columns. Leave some extra space between the columns instead.
8. Any explanation essential to the understanding of the table should be given as a footnote at the bottom of the table.

1. All publications cited in the text should be presented in a list of References following the text of the manuscript. The manuscript should be carefully checked to ensure that the spelling of author’s names and dates are exactly the same in the text as in the reference list.
2. In the text, refer to the author’s name (without initial) and year of publication, followed – if necessary by a short reference to appropriate pages. Examples: “Since Peterson (1988) has shown that … “This is in agreement with results obtained later (Kramer, 1989)”
3. If reference is made in the text to a publication written by more than two authors the name of the first author should be used followed by “et al.”. This indication, however, should never be used in the list of references. In this list, names of first author and co-author(s) should be mentioned.
4. References cited together in the text should be arranged chronologically. The list of references should be arranged alphabetically on author’s names, and chronologically per author. If an author’s name in the list is also mentioned with co-authors the following order should be used: publications of the single author, arranged according to publication dates-publications of the same author with one co-author-publications of the author with more than one co-author. Publications by the same author(s) in the same year should be listed as 1974a, 1974b, etc.
5. Use the following system for arranging your References:
a. For periodicals
Schmitt, E.R. and W. Feucht. 1983. Content of linolenic acid in senescing cherry leaves. Sci.
Hort. 55: 273-282.
b. For edited symposia, special issues, etc. published in a periodical
Rice, K. 1992. Theory and conceptual issues, pp. 9-26. In: G.A.E., Gall and M. Staton, (Eds.),
Integrating Conservation Biology and Agricultural Production. Agriculture Ecosystems and
Environment 42.
b. For books
Krinsley, D.H. and J.C. Doornkamp. 1973. Atlas of Quartz Sand Surface Textures. Cambridge
University Press, Cambridge.
c. For multi – author books
Day, D.R. 1965. Particle fraction and particle size analysis, pp. 545-566. In: C.A. Black, (Ed.),
Methods of Soil Analysis, Part I. Agronomy No. 9. Am. Soc. of Agron. Inc., Madison,
Wisconsin, USA.
6. Abbreviate the titles of periodicals mentioned in the list of references according to the International List of Periodical Title Word Abbreviations.
7. Work accepted for publication but not yet published should be referred to as “in press”.
8. References concerning unpublished data and “personal communications” should not be cited in the reference list but may be mentioned in the text.

1. Formulae should be typewritten, if possible. Leave ample space around the formulae.
2. Subscript and superscripts should be clear.
3. Greek letters and other non – Latin or handwritten symbols should be explained in the margin where they are first used. Take special care to show clearly the difference between zero (0) and the letter O, and between one (1) and the letter 1.
4. Give the meaning of all symbols immediately after the equation in which they are first used.
5. For simple fractions use the solidus (/) instead of a horizontal line.
6. Equations should be numbered serially at the right-hand side in parentheses. In general, only equations explicitly referred to in the text need be numbered.
7. The use of fractional powers instead of root signs is recommended. Also powers of e are often morevconveniently denoted by exp.
8. Levels of statistical significance which can be mentioned without further explanations are *P      9. In chemical formulae, valence of ions should be given as, e.g., Ca2+, not as Ca++.
10. Isotope numbers should precede the symbols, e.g., 18O.
11. The repeated writing of chemical formulae in the text is to be avoided where reasonably possible;instead, the name of the compound should be given in full. Exceptions may be made in the case of a very long name occurring very frequently or in the case of a compound being described as the end product of a gravimetric determination (e.g., phosphate as P2O5).

The first ABB conference was organized in 2017 with focus on sustainable management and partnership. Since then, ABB conference promoted the exchange of knowledge of bioenergy and bioeconomy, providing opportunities to update database, status and situation in ASEAN countries. The conference has a strong participation of researchers, private sectors, business developers and policy makers and has been an important platform for a dialogue
between academic and industrial scientists and technologists.